Peter Seenan: In praise of women 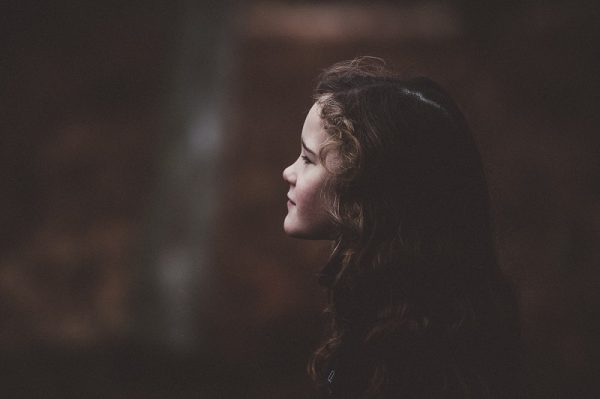 Integration in Finland with Akademen

Not long after I arrived in Helsinki I passed an audition to get into Finland’s oldest choir, Akademiska Sångföreningen, or to give them their full English title, The Academic Male Voice Choir of Helsinki.

I was an active singer for a couple of exciting and busy years, and the choir and the community were instrumental in my settling in Finland, my finding a path here and in the end finding happiness.

Five years ago we celebrated the choir’s anniversary with numerous performances and recordings and the high points were a couple of concerts in Helsinki’s magnificent Musiikkitalo. I’ll never forget the feeling of stepping on stage surrounded on all sides by walls and walls of shadows.

Last month we celebrated anniversary one hundred and eighty with another fine concert in Musiikkitalo and a very special banquet dinner later that evening.

I was asked to give the Talet till kvinnan to 350 guests, the oldest of whom joined Akademen in 1944 aged 18. It was a great honour to receive an invitation to speak by people I deeply admire, but I was racked with nerves in the days before.

When I came to research and prepare my speech a couple of things influenced me.

Firstly, the Internet offered little in the way of inspiration, and presented too many ‘Talet till kvinnan’ to count all beginning with something like, “in the beginning there was Adam and Eve” – just to, you know, set the scene.

The second thing was something a lot closer to my heart, and that’s the work one particular United Nations agency does for and with girls and women, something I saw up close while working in South Africa and India. I felt inspired reading about the HeForShe campaign by UN Women, encouraging men to stand together with women against sexual harassment.

After my my speech I was moved by the words of the fifty or more women who spoke to me and took time privately to write to me afterwards, and with their encouragement I’m publishing my speech.

Talet till kvinnan in English (audio below)

For those who don’t know me, my name is Peter Seenan.

I’m from Scotland, where women are held in such high regard that even men wear skirts.

Tonight, it is my honour to speak from my heart in praise of women, particularly women in Finland, who have helped build one of the fairest and most open societies in the world.

Many people in Finland, too many to count, have asked me over the years: “Why are you here?”

And because women in Finland lead the way, it’s been mostly women probing me.

I’ve tried not to take it personally, but as one woman after another approaches me and asks “Why are you here?” I have started to wonder.

Some of you are probably sitting here right now asking yourself the same question.

And I’m wondering why I was chosen for this honour.

Earlier today my Finnish girlfriend said, “Whatever you do don’t try to be too charming, witty or intellectual – just be yourself.”

My relationship with Finnish women all started 15 years ago when I was studying at the University of Edinburgh and I visited my GP to get some lab results.

I remember the doctor ushering me into his surgery looking serious.

I stood there fearing the worst, then he solemnly asked me to sit down.

“Let me tell you son” He said.

“Finland has the finest women I’ve ever met. You will never ever regret it.”

Ladies and gentlemen, my doctor was right.

I arrived here in 2004 and spent a year at the University of Helsinki, before living in slightly warmer climes like Brazil and South Africa. But the spell of Finland never left me.

After exploring the world, I came back to live in Finland in 2011.
I came back not for a job.

Not for the language – so heavenly I won’t learn it before I die:

I came back for a Finnish girl. I was in love.

But, I also came back because of all women.

Because that is a society where everyone should want to live.

And because the weather’s a lot better here than in Scotland.

The thing I’ve observed about ladies in this country is that you’re so damn modest, so realistic, so down to earth.

At university, I remember Finnish women would ask me why I didn’t go to Sweden.

They’d ask disbelievingly, “You came here for Finnish women. You know Sweden’s over there and it contains Swedish girls.”

“Doctor’s orders” I would say.

Recently I was in a job interview.

When the interviewers asked me: “Why should we select you?” I imagined answering “You shouldn’t. I’m definitely the wrong guy. That guy over there is the one you want.”

Being humble and grounded are such attractive features in any human. Take note, gentlemen.

These are traits that connect women in Finland with the women in my family back home and women across the world. Too often women are talked over or sidelined, but we ignore women’s voices at our peril.

Women guide us through life with their ability to express themselves, to be open and firm, to educate and listen. They keep our feet on the ground.

Recently my brother had a daughter, and I became an uncle for the very first time. I was so excited when I learnt she was speaking and soon after I went home for a family holiday.

There, at the age of one and a half, Anna said some of her first words to me, in the finest English imaginable:

“You are silly Peter”

Bloody marvellous, I thought, she’s seen right through me already.

Despite that setback, I admire the women in my life for the way they prevent me from being so useless, they ground me and support me.

They ensure I adult effectively.

Just recently I tried to brush my teeth with moisturiser until my girlfriend stepped in and rescued me.

As a freshly hatched Akademare in 2012 the boys kept me right, but I can’t forget how genuine, welcoming and guiding the girls of Lyran were.

Without their warmth, friendship and understanding Finland would have been a far colder place.

Were it not for Sophie Aminoff’s gentle correction of my Swedish 6 years ago I might still be calling your annual parties an “arse fest” instead of “årsfest”.

My mother used to be a midwife – before she had five sons with my dad – and she would tell us boys stories about men at the bedsides.

They were the most wonderful illustrations of the dynamics between men and women, and they would help demystify childbirth for her five sons.

From her stories, what comes through is women’s ability to deal with adversity and pain, and conversely, men’s way of handling tough situations.

According to my mother, “Men would often faint in the final stages of labour, at the very moment their child was being born.”

More than once a woman would be yelling:

That’s male toughness for you.

Ladies, it’s not just good men who deeply admire your strength, courage and willpower, and the advanced country you have built, but other women also.

During the last year and a half I have been travelling all over Finland to interview immigrants.

One of the most powerful stories I recorded was from a Romanian girl living in Tampere who told me that Finnish women helped her and many other foreign women accept themselves.

”There’s all this body shame, but not in the sauna.” “No one seems judgmental. Nobody looks at each other in a strange way.”

“Seeing the other women were so comfortable with each other’s nudity made me more willing to embrace my own body with its imperfections.”

“There were so many different women of different ages and some with their daughters, and it’s what these young women, small girls, need to see.”

There are other stories, many of which are examples of the selflessness of women, of mothers, and of the result of a society which women have built with their own hands:

“I came here from Brazil for my child’s safety”.

“I wanted the best education for my daughter and Finland was the only choice for me”.

One of my favourite quotes is that, behind every great mean there’s an even greater woman, which people think means ’wife’.

But this powerful sentiment doesn’t do justice to the women in our lives.

Alongside every great man:

There is a grandmother.

There is a mother.

There is a sister.

And when we read stories this year about how women have been abused by powerful men, some men might feel affinity by thinking:

She is our grandmother.

But, she is all of us, she is every single one of us.

We all suffer, we are all women.