Peter Seenan: I found a eulogy to my grandfather written 10 years after his death

It’s strange the feeling when the office suddenly empties. Today it was apparent at half past three. There’s the distinctive staccato of laptops being hurriedly closed in thuds and claps and then in an instant a wasteland of empty desks. I don’t work in a factory where all eyes are on the clock. This is Finland and the sun is shining. There’s the faint sense that there’s something not to be missed outside.

The birch trees glisten like an attentive army of recently washed Dalmatians and you can smell the earth waking up from its deep deep sleep. In the winter it feels like people are in no rush to leave. What’s the point they say silently? It’s dark and freezing and that’s not going to change if I go home. But now it’s different; as the days lengthen the workdays shorten minute by minute.

One evening last week the office had emptied in a heartbeat as if someone outside was giving away free buckets (it’s become apparent that this is a thing in Finland) and I was in the last throes of work, when some spark of nostalgia inspired me to google my grandfather, a phrase I never could have used when he was alive.

Grandpa died in 2005 in Durham, England, when I’d just finished a year of Erasmus in Helsinki and I was living in Pretoria in South Africa; work experience at the United Nations.

He lived at a time when an internet presence wasn’t in the public conscience and in the days when my dad would still send text messages to our house phone confusing “LOL” to mean lots of love. “Did you hear the neighbour’s cat died? LOL, Dad.” In Helsinki and later Pretoria I’d print my photos and write a description on each one before sending them to my grandparents in Durham.

In my mind I can’t imagine it’s been that long since I googled my grandfather. I often search for old university friends with whom I’ve lost touch but warmly admire from a distance. When you sit at a computer screen for 8 hours a day, searching for people you care about is routine. Have they published something, how was their musical festival reviewed, what have they to say about President Lula’s imprisonment.

But there were his students.

Typing your grandpa’s full name into Google is a strange feeling. It somehow formalises the relationship, in the same strange way you unformalise your relationship with school teachers after you leave, calling them Evelyn or Jim later in life. To me he was just “Grandpa” but to Google he has a title, two Christian names which I rarely heard as a boy, and a surname. He also belonged to a college at Durham University, St Chad’s and he earlier studied at Oxford.

As the search engine returned a result I’d never seen before I was struck with excitement. 10 years after his death a student had written a moving tribute to my grandfather, comparing his companionship and wisdom to candles in the dim light of winter.

“He was very popular with the students, since he had a fine sense of humour, was extremely kind, very patient and gave wise advice when it was sought. He didn’t ever alter his convictions in search of popularity. Sometimes we neglect the wisdom that may come with age and we do so to our great detriment.”

These days we’re conditioned to think that data can tell us everything, that data is our guide, our sage, our wise old man.

And to someone analysing the stats on this eulogy to my grandpa my visit would be nothing more than what’s called a ‘bounce’ in web analytics. It means I read one page and left, which is the last thing you want from a website visitor.

What someone wouldn’t know is that the visitor is the old man’s grandson sitting far away in Helsinki and this tribute has just brought my grandfather back to life for a wonderful moment.

That day was Maundy Thursday and Good Friday felt a little more good knowing there was one person in this world who had felt the need to write about my grandfather 10 years after his death.

Maybe we should instinctively know to say thank you to those we have loved and cherished, especially those with the wisdom of age, without waiting for it to be proven to us that it’s the right thing to do.

There’s probably another grandson or granddaughter out there searching.

Till by- (och korv)butikens lov 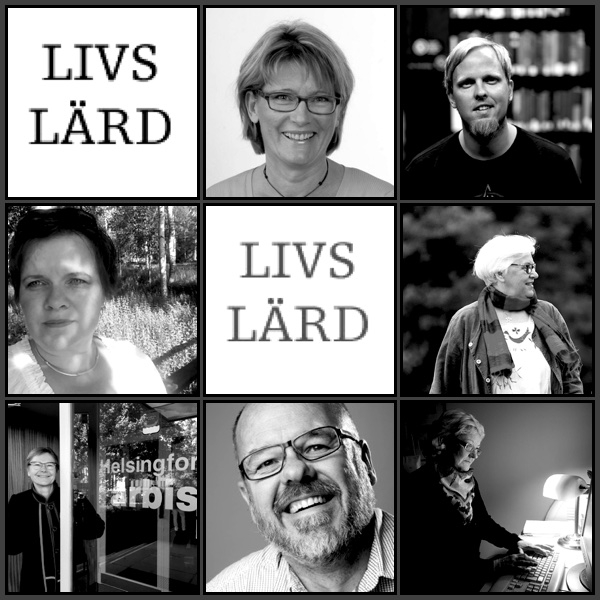